A Journey into Scotland : Part 51

I’d passed through Tongue with the speed of a proper cyclist and the stamina of one in serious training. I’d even turned down the opportunity to sink a glass or two with another who had pedalled a long way to be here. It was the first day of my entire ride when I was trying to hurry along. The end result was inevitable. I was getting to the point where I could cycle all day at ten miles an hour. This included getting off to push the laden beast up steeper hills and stopping to brew tea on any vantage point it seemed a pity to miss. Whenever I found myself in company with another pedaller I found they wanted to go along at twelve miles an hour and this was outside my ability.  I’d need a new training regime, to lose a bag or two or to invest in a new bicycle. One with an engine on it.

At twelve o’clock I felt fine. By two I was gone. My hopes of reaching my goal before sundown were blown away on the south-westerly. Thurso had managed without me for 23 years. It was going to have to manage an extra day. I dropped down into a place that had those glimmers of memory. We had been taken, as children, to an hotel at Bettyhill. Our parents had been treated royally while we children were entertained as though we were the most special in the world. A waitress was given over entirely to us and kept us happy with games of hunt the thimble and musical chairs before showing off the piéce de résistance. The first record player I had ever seen and the first records. I have no recollection what records they were. It doesn’t matter. The lady put the magical black discs on the spindle and the music poured out. A lifelong love of listening to recorded music was born there and then. Not happy with merely changing entire outlooks, she wanted to show that the record player could start itself. The 7 inch single was positioned at the top of the spindle and some switches pressed or tweaked and the plastic disc dropped onto the turntable and the arm swung across.

I can almost hear the background hiss and the tump as the stylus touched the record. She still had one trick up her sleeve. The loading of five records onto the spindle at once and watching them drop, one at a time, as each finished its song. By the time the fifth record was playing the drag was considerable but the delight of four young children was undiminished.

We begged to go back and we did. For my brother’s fifth birthday.  (That would make me three and a quarter.) The same lady looked after us and I have yet to go to a party that I enjoyed more. Without the aid of photographs I can still see the cake being brought in with the candles blazing. It was a magical occasion at the time and the magic has probably grown a little in the memory of intervening years. It isn’t difficult to find the Bettyhill Hotel and I’ve already decided that I want a glass of lemonade and a slice of sponge cake to try to re-live a special moment from early 1961. The hotel is closed.

I don’t know if it was the disappointment or the onset of tiredness but my legs had lost all interest in turning pedals. The smallest and slightest uphill stretches were a slog and downhill merely prefaced another uphill pull. The urge to get to Thurso was strong but the day was dimming early and an open bar at the Farr Bay Hotel drew me in. A roaring fire and a friendly welcome from a mildly eccentric elderly man with a Bertrand Russell shock of white hair made me want to stay. I began with a pot of tea and took the table nearest to the fire and listened while my landlord regaled me with information he felt any visitor to the north coast should have. He had an infectious enthusiasm and a way of holding you with a stare that punctuated his monologue, mid-sentence, and held you with a raised bushy eyebrow. There was more than a touch of Private Frazer (as played by the brilliant John Laurie) from Dad’s Army about the man. I couldn’t be entirely sure if he was genuinely pleased to see me or if he was shamelessly sending me up. He showed great interest in my Thurso childhood and expressed glowing admiration for my long journey up the west coast to get here. He had a way of making me wonder if I was making the right decisions by popping in the question “Are you sure?” or “If you really think so?” or “If you’re quite sure?” It was really quite unsettling.

I’d spent the last week sleeping in a tent on moors and lonely foreshores interspersed with youth hostels with cold water and shared dormitories. Now I’d finally got to the gates of my destination I decided to treat myself to a night in a comfortable room. “Well, if you are really sure?” he questioned as he showed me a room out of the ideal home exhibition, perfect cottage bedroom range. Floral wallpaper and watercolours in frames. A big fat comfortable double bed and a wash set of bowl and ewer on the washstand.

“The bathroom is just down the corridor. There’s plenty of hot water if you want a bath. That is if you’re really sure you want to stay here?”

I did. I bathed, I changed and I walked out and followed the path that brought me to the unexpectedly perfect beach of Farr Bar itself. I was the only person there and I followed the curve of the narrow bay as far as the incoming tide would allow a person who is respectful of such things. The last of the evening light was fading as I re-entered the bar. By now it was well patronised by a handful of locals, some more late season tourists and four engineers who were staying there while erecting poles to carry electricity to parts of the north that didn’t yet receive it. They accepted me into their circle, bought me a pint of heavy and shared stories of how we came to be in that bar. Three were from Aberdeen and one was English. After a couple of beers they went off for a prearranged meal and I was left with the landlord as my sole interlocutor.

As with most old pubs in the north it had the most fabulous array of whiskies behind the bar. I didn’t drink whisky myself but couldn’t help be impressed with the range of bottles. Some were ancient, some modern. A few I had heard of, many that I couldn’t even begin to pronounce. I’d occasionally wished I liked whisky. There seemed something very wise and grown up and peaceful about taking a “wee dram”.

The landlord caught my stare and put my thoughts into words. “Now, correct me if I’m wrong, but, you look like the sort of man who doesn’t often drink whisky but are wondering whether you shouldn’t make some kind of an exception this night.”

I admitted that he’d read my thoughts pretty well but added that I was a little afraid of my capacity to drink it.

“Och, don’t worry. I’ll pour you a glass of the gentlest of all the whiskies. This one (he said taking a particularly ancient bottle from the second shelf) is the only single malt whisky distilled in the county of Sutherland. Sip it slowly. It’ll melt your tastebuds.” He paused with the tip of the bottle touching the lip of the glass, looked at me with his cocked bushy eye-brow and added “That is, if you really think you should?”

He poured without a measure and the measure he poured more than doubled the quantity of whisky I had drunk in my life up to that point. He taught me that the pint is the chaser and the two drinks lasted me a pleasant 45 minutes or more. The bar filled up. Conversation flowed and the fire and whisky filled me with a warmth I hadn’t felt on that journey. When he saw my glass was empty he pulled down an even older bottle and said. “How about a wee drop of this. It’s the only single malt whisky distilled in the county of Caithness. By the time you’ve finished that one, you’ll have done the entire north coast in two glasses.”

The second measure was more generous than the first. I sipped slowly. I never got over the heat and strength of the drink. Always felt a ridiculous novice and had the sense to pass on storytelling and to become an auditor.

That night I slept well until, waking, I felt drunker than I had ever felt before. I also had an urgent need to use the bathroom, which was down the landing. On returning to my bedroom I found myself drunk and alone at the top of a strange staircase with five doors to choose from. One of them was my cosy bedroom. The other four weren’t. 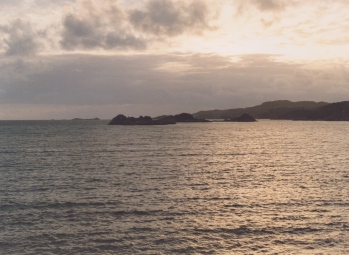 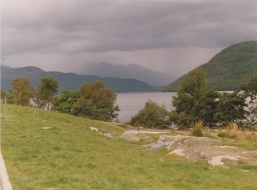