The loquacious fellow is there at breakfast. I try to take my toast and jam to an obscure table but he’s obviously used to people walking away from him. He picks up last night’s conversation at the exact point he’d left off. He’d read my mind and knew that I was dying to hear his views on rock climbing. He hadn’t read my mind very well.

“Yes Bonnington!” he practically spits out the syllables as separate words; his Ayrshire accent adding plenty of definition and spittle to the consonants and the spirit. “He’s nothing but a scribe. He can’t climb mountains. All he can do is write about it.”

I know it would do me no harm to pretend to agree with him, finish my breakfast and get on my bicycle as quickly as I can. But I can’t do it. Chris Bonnington was something of a boyhood hero. I’d seen him climbing, on the telly, since I was little. He’d even shown John Noakes how to go up a lakeland cliff on Blue Peter for God’s sake.* I found it rather hard to understand why anyone would pick an amiable mountaineer as his bête noire. It was almost like taking a pathological dislike to Henry Blake from M*A*S*H.

“You can’t call him just a scribe. He led the successful expedition up Everest.”

“Oh aye,” he responds with menace and threat in his voice entirely out of keeping with the atmosphere in the room. Some other hostellers looked across and I got the distinct impression that I wasn’t the only one to have experience of this fellow. “He managed the administration, but he got the other men to do the climbing. He just writes about climbing. Has no idea how to do it himself. Christopher Bonnington!”

The last two words were drawn out and used to salute the incredible piece of oratory he had just accomplished.

I couldn’t resist questioning his argument on the flimsy premise that he was talking utter bollocks.

“He was the first man to get to the top of the Old Man of Hoy. He’s well respected by other mountaineers and he seems a perfectly pleasant man.” I wanted to add, “Did he murder your parents and sleep with your girlfriend?” but didn’t.

It was around this point that I remembered that this fellow was a cyclist and that, if he was going away from Ullapool today, there was a fifty-fifty chance that he would be taking the same road as me. The prospect of spending the day with him was appalling. And then the gods smiled on me. He looked at his watch. Announced that his ferry left in half an hour and was gone. All of a sudden the room felt brighter and the jam and toast took on an Ambrosial flavour. 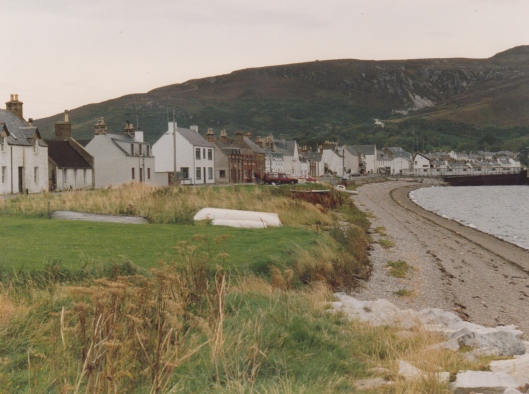 The first ten miles were hard. My accident on Skye had taken its toll and steep hills were difficult. There was no shortage of hills that pointed upwards. The route was stunning though. Right from the start I was following the Loch Broom up to the open sea. A perfect white beach at Ardmair would have had the primus stove off the back of the bike if I’d done more than five miles. This was picnic paradise. The road hugged the shore for a mile more and then took its way into the interior and once more Scotland played that trick. I’d seen the finest landscapes it was possible to see again and again over the previous days but this was finer. This was what I had come all this way to find. A landscape so unutterably beautiful as to speak straight to the soul and feed it full with the spirit of the earth. It is difficult to truly express just what it is we are looking for when we go out into the countryside, but whatever it is, there was an abundance of it here on the border of Wester Ross and Sutherland.

My first target of the day is a place called Ledmore. It is marked on the map with the same sized dot as Halifax. I’m hoping for a place to sit down and savour my first ten miles. I seem to miss the town and see a couple of buildings standing locked and uninhabited and remembered that there has been a second highland clearance. One that has happened more recently and is indeed still happening. The buying up of holiday homes by rich southerners. In her marvellous book The First Fifty: Munro Bagging Without a Beard, Muriel Gray talks of Sutherland as being an outlying estate of Surrey. A Scottish county where you will hardly ever hear a Scottish accent. A place of blazing loveliness and spiritual charm owned by the Home Counties Volvo set. She knows Scotland much better than I do and I highly recommend the book to anyone who loves the Scottish outdoors. It’s a joy to read. Funny, disrespectful, delightful and incisive.** I was travelling through the county and only really saw the physical beauty. I hardly held a conversation all the way up to the north so I don’t know the extent of the de-population by the wealthy. I do know that it is a serious problem throughout Britain though. Thousands of villages have lost their soul (and often their village shop and school) due to the buying power of the affluent in search of a weekend retreat.

Not long after Ledmore I am granted an opportunity to do a decent thing. A cyclist heading in the other direction has punctured and has no means of repairing the damage. It seems a careless piece of planning; to be so far out in the wilds without a spare tube or some repair patches. He’d simply been unlucky. He’d stocked up in Thurso but has suffered blowout after blow-out and used up his stock. (Any cyclist will tell you that you either go a thousand miles without a burst tyre or you get three in the space of an hour). He was  by the side of the road contemplating riding on the rims of his wheel  and hoping against hope that someone would come along with a spare repair kit. I was more than happy to be that person. We fixed the tube by the book. The little piece of sandpaper, the glue, the patch and the grated chalk were all used. I gave him my spare repair kit and he cycled off relieved and I pedalled away feeling virtuous almost to the point of being smug.

Riding up onto the tops on a damp day was like breathing in love and health. Over to my right I could perhaps make out the peak of Ben More Assynt. To my left Loch Awe and then the meandering downhill road that followed the River Ioanan towards the Inchnadamph Hotel from where Peach and Horne had set out to prove that these mountains had been pushed  up by a tremendous sideways force. I pedal past under skies that suit the location and, skirting Loch Assynt come across the peaceful ruins of Ardvreck Castle and succumb to the desire to sit for a while and contemplate it all while the primus stove brings the water to the boil for what I still believe was the best mug of tea I have ever drunk.

* Blue Peter was a much-loved, long-running,  magazine programme on the television for children who liked to watch birds, canoe rivers and make models of Tracey Island out of cereal boxes, toilet roll holders and sticky backed plastic.

** I was only made aware of the book by a fellow blogger (Andrew: see Day 259 Munro Bagging) about a week ago  and I thank him most warmly. I read it over the weekend and it filled me with even greater longing to go back and climb some mountains. I cannot recommend the book highly enough. I’ve always been a fan of Muriel Gray but that was as a television presenter who brought something new (honesty) to our screens, a perceptive journalist and as someone who has played a huge part in Scottish academic life. I didn’t know she was a mountain girl. She writes about them better than most. 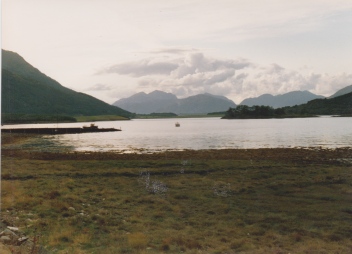 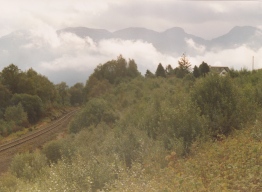 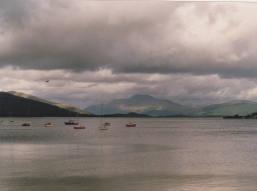 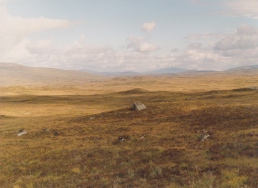